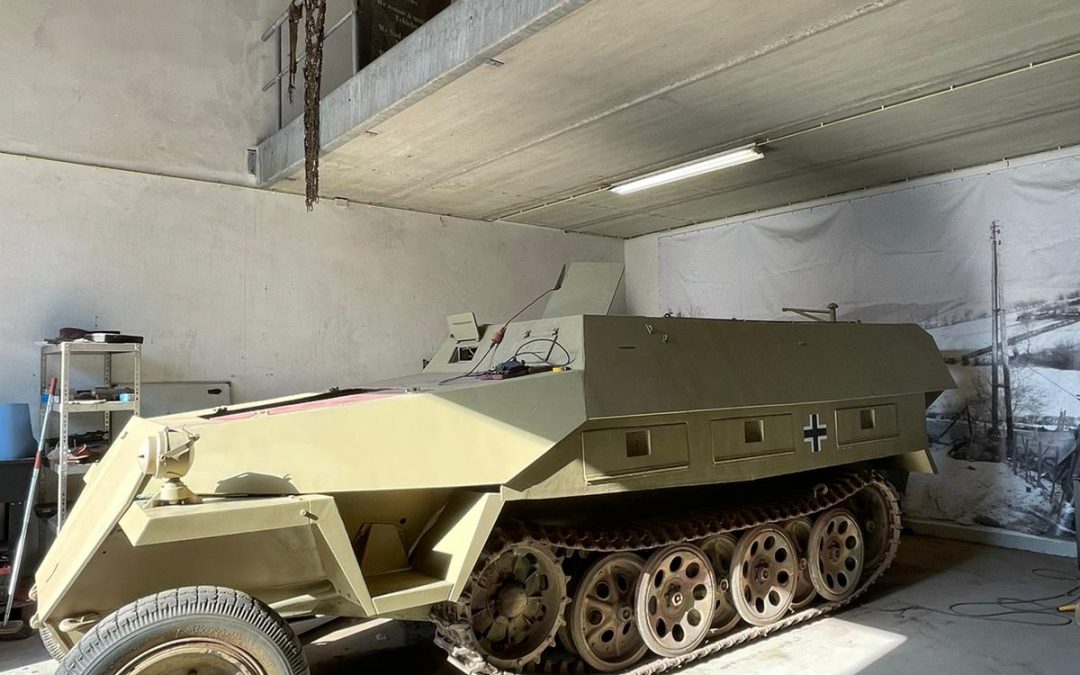 The OT810 is a post war halftrack, but really easy to rebuild to German ww2 look a like.

We decided to rebuild this OT810 to the SDKFZ251 Ausf D version for film and rent projects and as well for some nice events.

As post war vehicle, all parts are easier to find then the original 251 and the value of the halftrack is way less then a original 251.
Because we were looking for a nice project, we decided to rebuild this one to a better looking one.
for 2.5 months, we worked almost 6 days a week and we are close to finishing!

We had 2 options,
-Complete rebuild which would mean removing all the parts and only keep the chassis, because the OT810 chassis is 95% the same as a original German 251 but the other parts are off.
Or a improve the parts we had.
we decided to go ahead with what we had and leave as much as possible. Main reasons for this was the amount of work for a complete rebuild but as well, the budget.

All the angles of the OT810 armor are slighty different then the original 251 armor, but for the looks it would do.
Big difference as well is the V8 diesel engine instead of the beautiful original German 6 in line Maybach engine.

The OT810 tracks are made of steel , where the German 251 version of the tracks would be still but rubber padded.

The nose of the OT810 is slightly wider and shorter as the original German 251 due the fact there is a bigger v8 engine!

For now we only have the finish the electra and the interior and she would be ready to roll again for the upcoming summer. 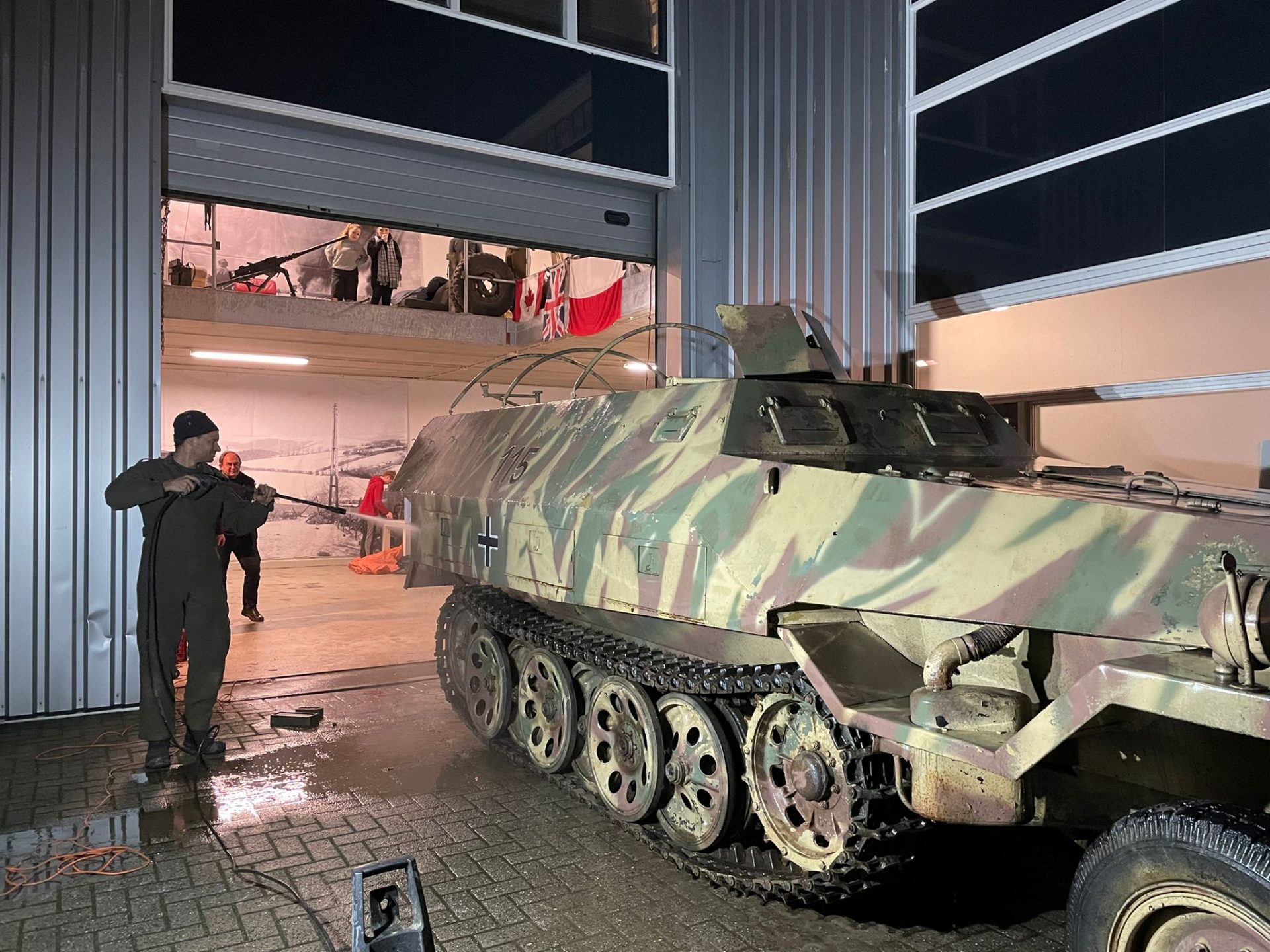 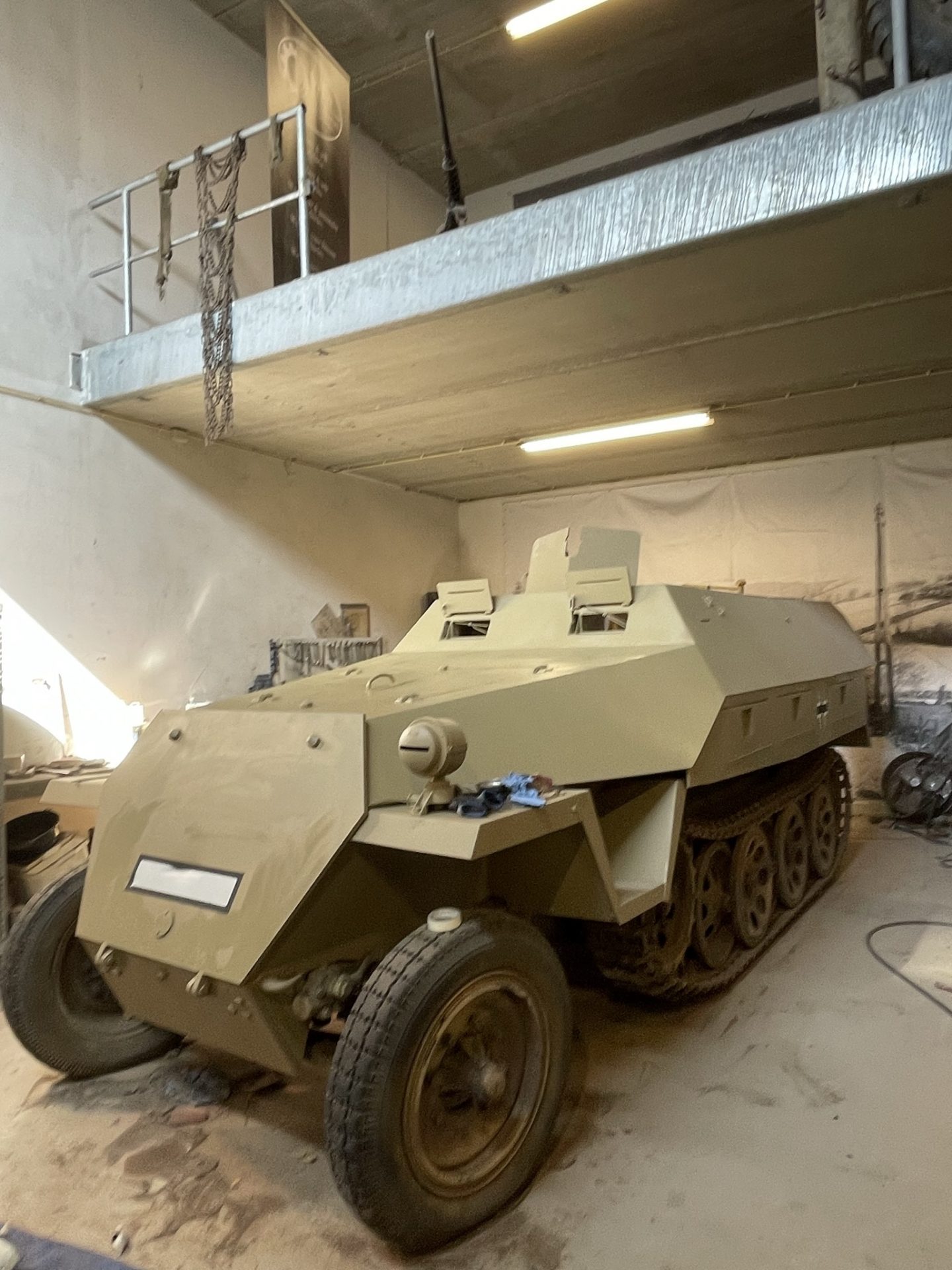