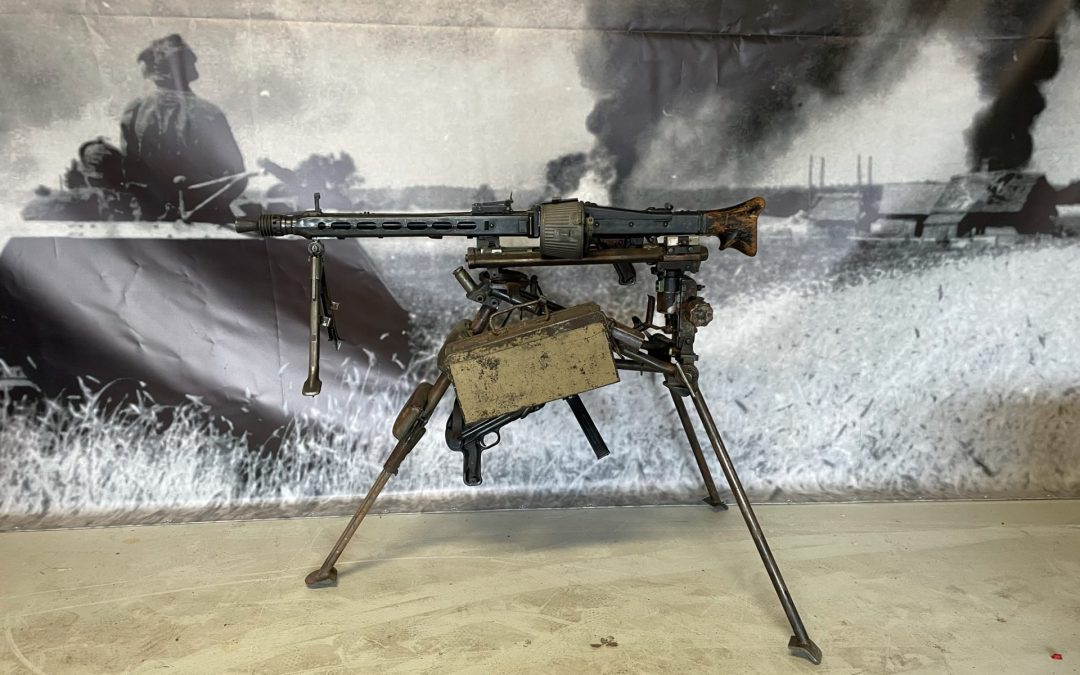 The Maschinengewehr 42 or better known by the allies as the ‘Buzzsaw’ , was a general purpose machine gun designed by Nazi Germany during world war 2.

With the 7.92x57mm Mauser cartridges, and over a rounds a minute between 900 and 1500, the MG42 was one of the most deadly infantry weapons designed by the Nazi’s with shooting capabilities over 2000 meters when used in combination with a MG42 lafette.

Pre war, the Nazi Germany Whermacht were looking for a general purpose machinegun which could fire round around the 1600 rounds per minute, this eventually led to the ‘Einheitsmaschinengewehr’(Universal machine gun) , the MG34.
The MG34 was a allround machinegun with standard 7.92x57mm mauser cartridges and designed for light and medium infantry, aircrafts and in combination with the ‘Panzerlauf’, used in German tanks.

The MG34 had is drawbacks, such as sensitivity to dirt and mud and really expensive production(see above).

The German Army Weapons agency realized the mg34 was a good Machinegun, but with drawbacks and expensive to produce and started to looking for ways to simplify the Machine gun concept which results in the MG42.

Pre war, a contest was held between a few companies with the requirement of a higher rounds per minute, less complicated , more reliable and better suited for the mass production in combination with modern technology like Sheet metal stamping.

Three companies were asked in 1937 to design the new allround machinegun.

Sömmerda’s Rheimetall was Germany’s prime machine gun designing since 1918, doing most of the prohibited machinegun development by lieu of its Swiss filial.
They had a filial in Swiss duet he fact Germany was not allowed to produce machineguns after World war 1.

End 1937, Stübgen AG Erfurt entre was cancelled, and the weapon agency ordered some prototypes made by Rheinmetall-Borsig AG and Johannes Großfuß.

In 1938, a few prototypes were ready resulting in the MG39(simular to earlier mg34)

Further trials resulted in accepting the Großfuß MG 39 prototype gun for final production development. A limited run of about 1,500 of further improved MG 39/41 pre mass-production guns, was completed in 1941 and tested in combat trials.

The MG42 was still in development and officially accapted in 1942 and the main contracts going to:
– Großfuß
– Mauser- Werke
– Gustloff-Werke 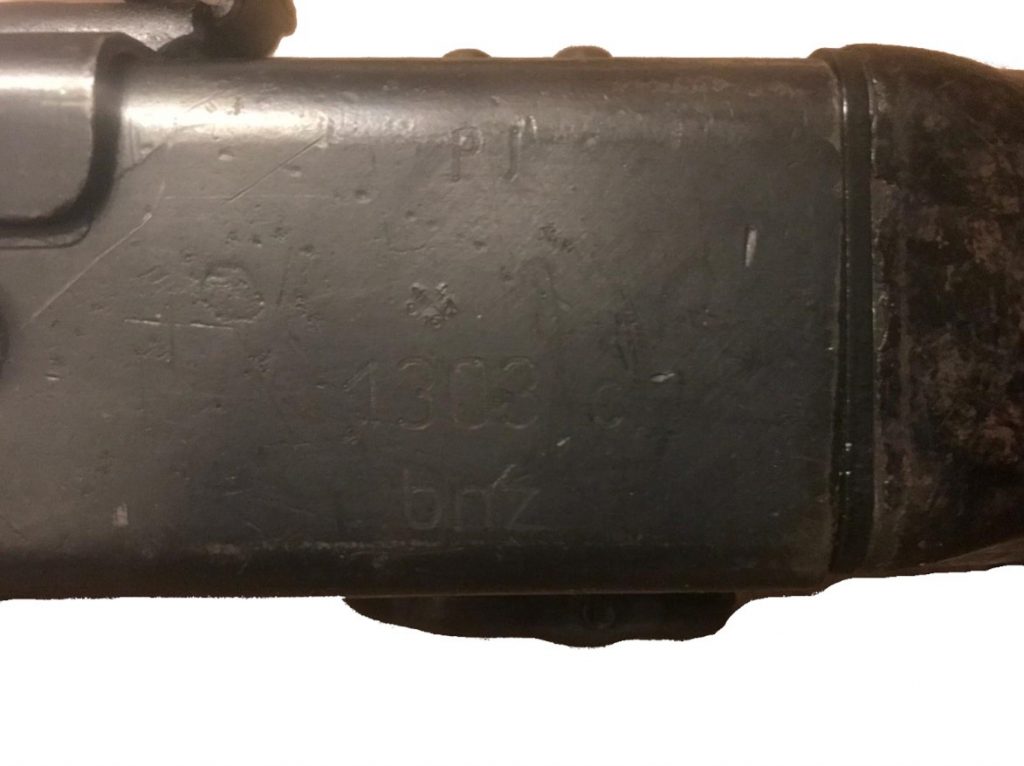 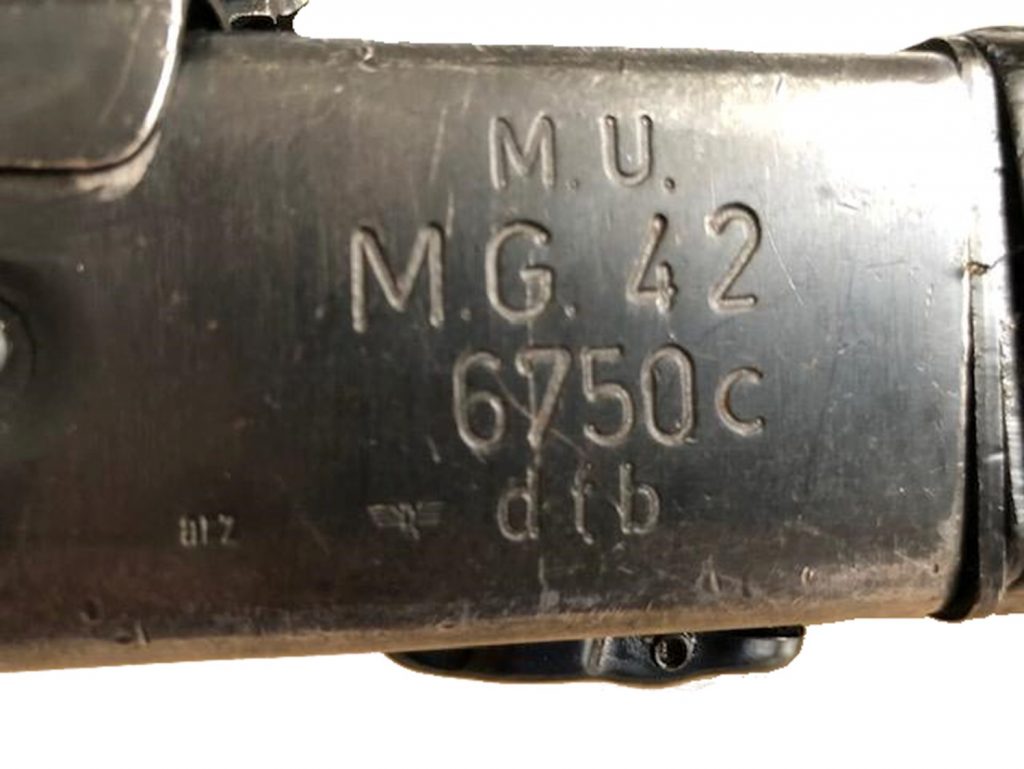 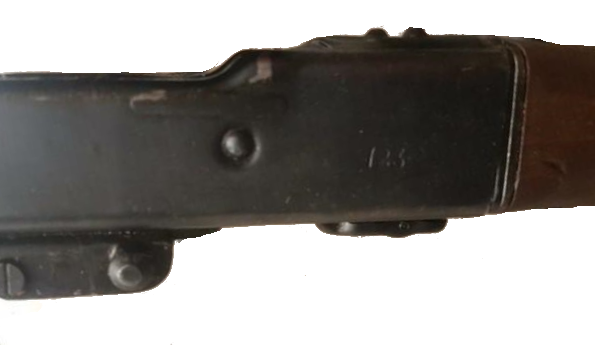 Mg42 with marking 123. Never seen before, but the rest with the weapon is marked with waffenamt’s all over. 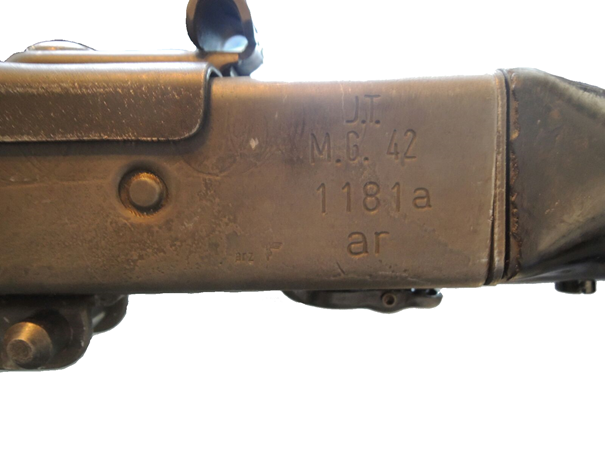 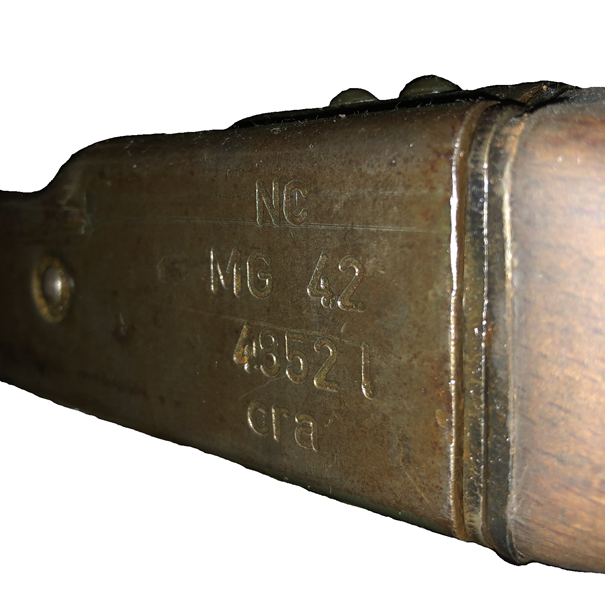 Interesting fact , the MG was camouflaged with green and yellow paint. 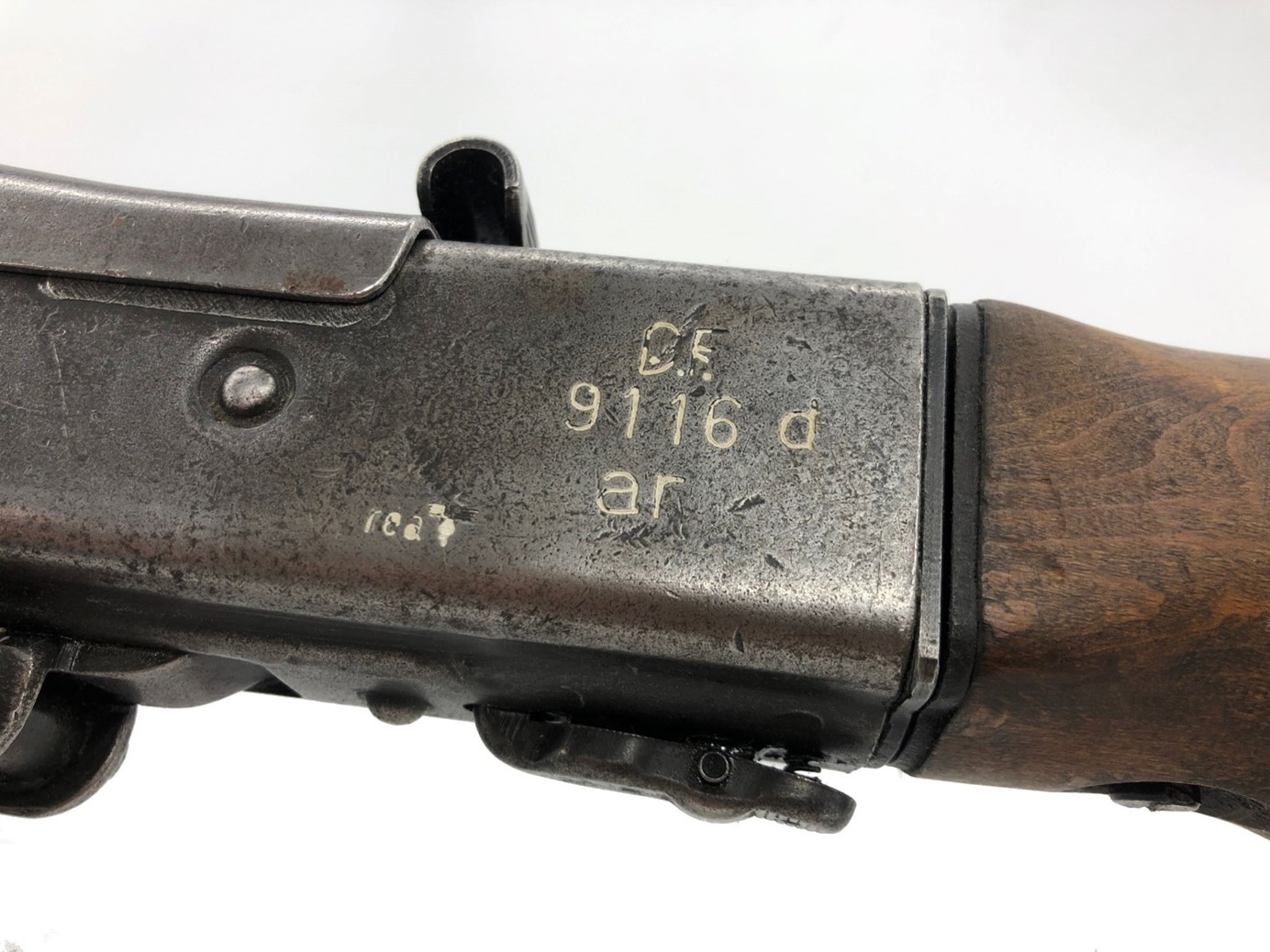 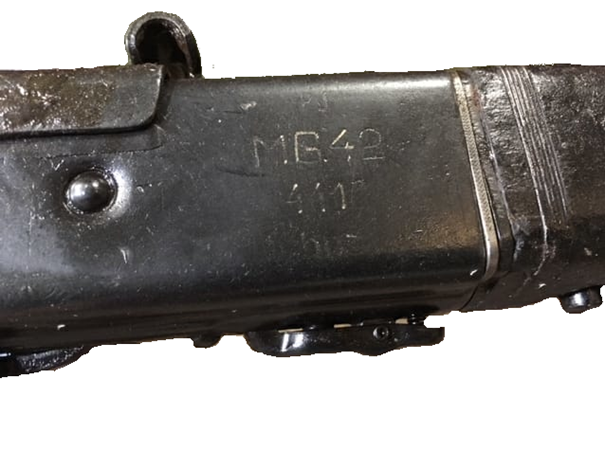 Possible really late war last ditch mg42, with electrostencilled markings.
Some say it was Soviet done, some say it is a post war reworked mg53.
Soviet reworked could be, the Soviets added electrostencilled to captured weapons.
But why would they add a serial, building date and manufacture?
Besides, this weapon was marked with WaA’s.
As well, really early 1942 mg42’s were electrostencilled as well. 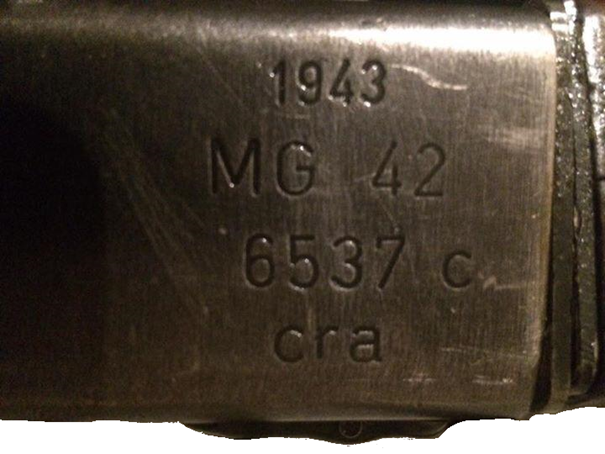 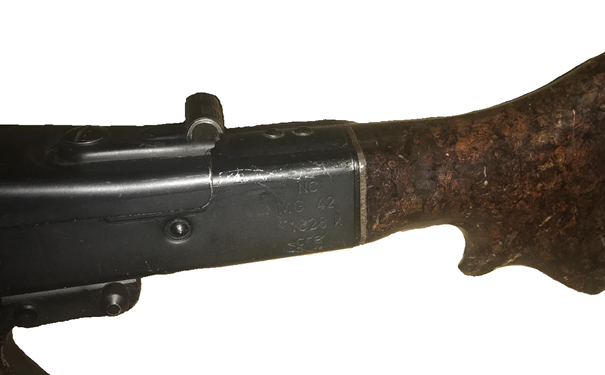 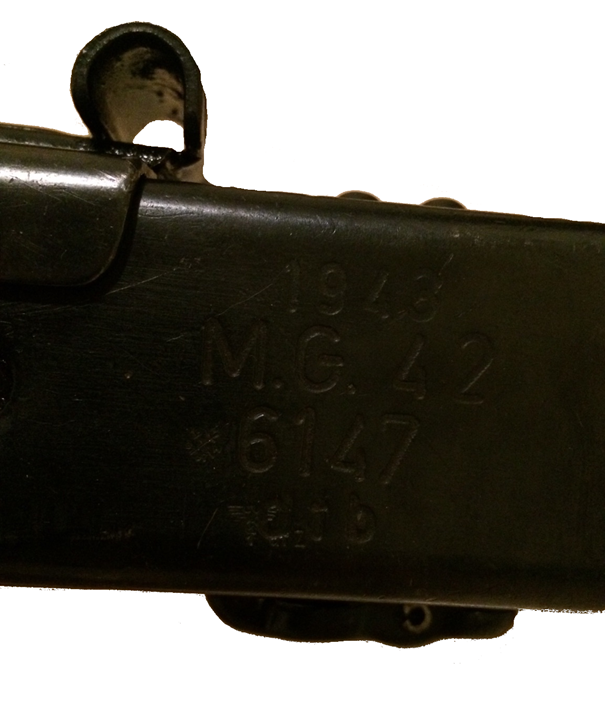 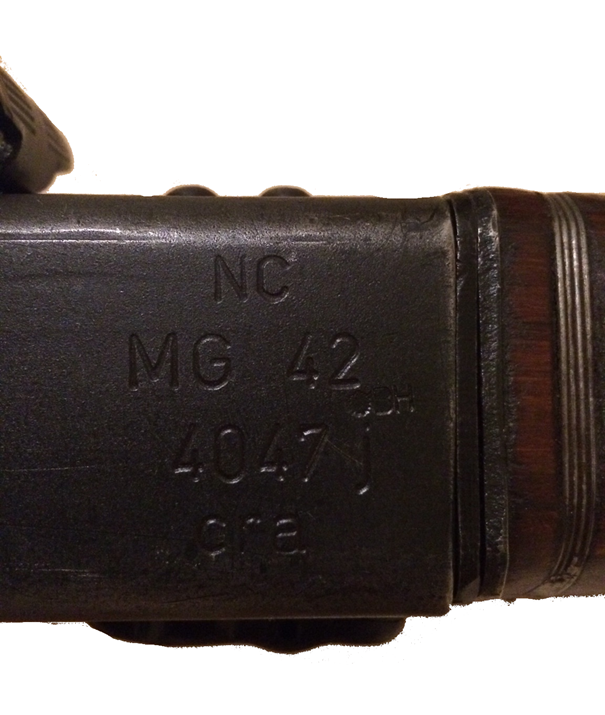 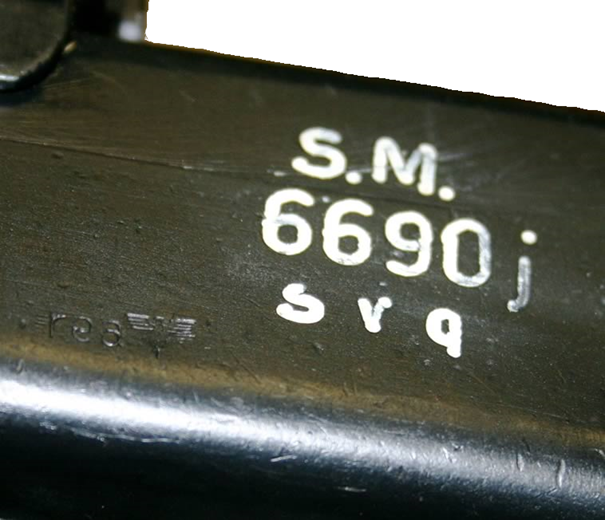